at the well archives 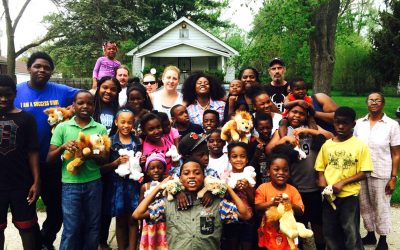 We had no idea what God had in store for us until the first day we arrived in Detroit. Bevelyn met a man on the plane who had told her about a good restaurant to go to for dinner in the city, so we decided to check it out. Upon arriving at the restaurant, we met a homeless man named Donald who sat in front of the dining establishment asking for money.